Dear Council Members:  We elect our representatives because we hope that they will make smart, fair, ethical  and informed decisions on issues that concern us and our City.    We also expect that our elected representatives will not be a mouth piece for any union - especially one that does not play fair – and especially the Teamsters.  Any time this happens, they are helping to kill democracy and fair play.   It gives the perception of a deal made and it is ugly.    The middle class was created because of unions and we support them. However, while unions are strong, the majority of people in NYC do not belong to unions.

But this is exactly what Council Member Espinal, a first term council member, did on Wednesday, 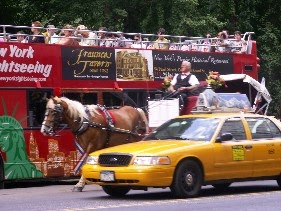 September 10th when he allowed the Teamsters and carriage trade to co-opt him and came out against a ban of the inhumane and unsafe carriage trade – something that we – the Coalition to Ban Horse-Drawn Carriages - have  been working on since 2006 as a grass roots, all volunteer organization.

Espinal  says he has done a lot of research but his arguments are straight from the carriage drivers’ play book – almost the exact words and they are clearly either lies,  exaggerations or manipulations of the truth.    I do not know why he is doing this.  I think it is foolish for a first term council member  to play with fire on something he knows little about.  I suspect he made a deal with the Teamsters.  He is also wrong suggesting  that the only committee for such a bill is Consumer Affairs.  In the 1990s similar bills were in the Health Committee.  It was not until 2007 that it was put in Consumer Affairs.

Anti labor?  don't think so:  Espinal says he will convince all of you who are undecided to join with him.  Quite presumptuous.

Please read these articles below first and become educated.   Know the issue.  Also know that the Teamsters’ carriage driver local is not a real union shop. Approximately 150 drivers belong to the union and pay $60 a month dues. Drivers and owners are in the same local.   There is no collective bargaining; no medical or vacation benefits; no paid days off.   Based on this estimate, the Teamsters get about $108,000, which goes toward their already hefty salaries.  Please do not think these are real union jobs.  They are not.  This is all about bully politics.   Any real union member should be ashamed that this is what the Teamsters are fighting for while  risking any good relationship they might have with the Mayor. 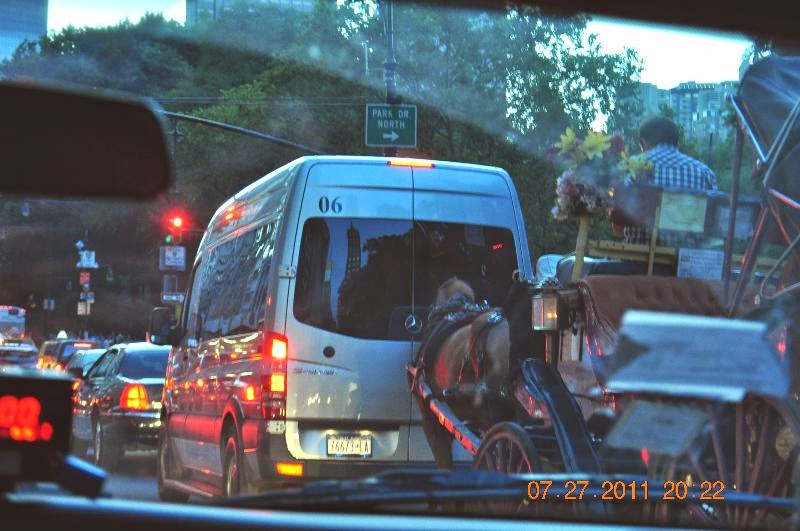 Mayor deBlasio & the Teamsters:  It is also curious that Mayor deBlasio is the first pro union mayor in 20 years and the Teamsters are trying to hurt him on this issue.  If they could get him to back off and flip flop, this could work against him in the future and he may not get reelected.  Is this what the Teamsters really want or have they even looked ahead and weighed the consequences of their actions.?  Are they willing to sacrifice their many members for a tiny group of people - many of whom are not even union members?  How quickly they forget that municipal workers went five years without a contract under Mayor Bloomberg and Mayor deBlasio is working through and settling the contracts.

Mayor deBlasio has never wavered:  With all the pressure, we are grateful that Mayor deBlasio continues to remain firm on this issue.  He has always said he will find other employment for the drivers.  An excellent solution is one offered by Andres Carriage Tours, which was approved by legislation for Detroit.  It involves the same carriages  -- just not the horses.  We have sanctuaries waiting to help find homes for all the horses if the drivers agree.  Instead they are acting like spoiled children wanting their own way, something that all past administrations have given them.    Last year I produced a well documented report that revealed a turnover of 529 horses in 7 ½ years.  This is not something you will ever see in the Daily News.  The link is at the end of this letter.

Revenue:  Do you realize that no one really knows how much the carriage trade contributes to the 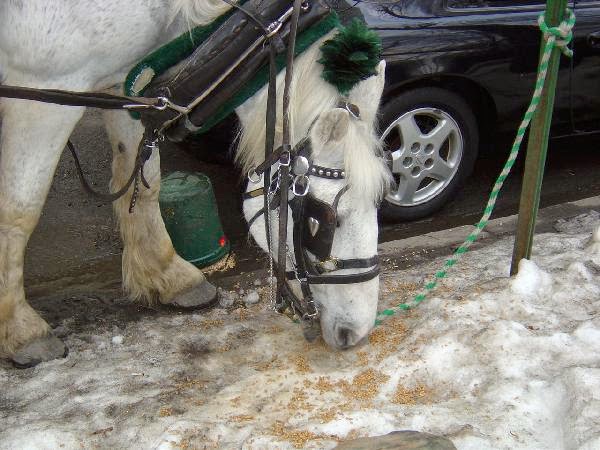 economy?  It is a cash only  business.  Inside sources have told us that a medallion can bring in about $130,000 per year, which is a little over $8,000,000 (68 medallions).  But this same source says that the amount reported is a fraction of that, which means that the City of NY is losing out on tax revenue.   The carriage drivers should be forced to produce their tax returns.

The Daily News has taken control of this issue spewing outrageous, unchallenged lies about the carriage trade.  Why are they doing it?  Please do not think they care about the horses or drivers.  It is a metaphor for Mayor deBlasio’s progressive agenda, which they despise,  and a Mort Zuckerman payback for Christine Quinn’s primary loss and his  loss of access to City Hall.    We have not been able to get the truth out.  I implore you to read these documents below to learn the truth about this business and issue.

A few months ago, the Daily News, supported by the carriage drivers, Teamsters, Working Families Party (the latter referred to the carriage trade as the third most popular tourist attraction in NYC - and they did this with a straight face) and various council members ran a cover saying "You're an Ass, Mr. Mayor."  simply because the Mayor could not be bullied by them.


Support is there.  There is a lot of support for this ban.  Do not think otherwise.  Before the Daily News got involved with this crusade, every poll taken showed 75-80% of respondents in favor of a ban.  But after they polluted the atmosphere with lies about this issue for one year, it is not surprising that the Quinnipiac polls show that 60% of the respondents are opposed to a ban.   The truth is not getting out.

IF ONLY THE MAYOR WOULD VISIT THE CARRIAGE STABLES ...
this is what the stables are really about

IT'S A SAFETY ISSUE
Anyone considering whether to support a ban or not must be informed about the inherent dangers of the carriage horse trade and the nature of the horse.

NYC CARRIAGE DRIVERS BEHAVING BADLY
Since the ASPCA gave up humane law enforcement in January 2014, most of the street laws are not enforced.  The drivers are getting away with a lot.

What has happened to all the carriage horses - there has been a turnover of 529 horses in 7 1/2 years.

Thank you for reading this letter.  Please learn about this issue.  If anyone is interested in seeing how horses are supposed to live WHILE they enjoy being real horses, I suggest you visit the sanctuaries at Equine Advocates or Catskill Animal Sanctuary about 2-2 1/2 hours from NYC.  Equine Advocates is the home of Bobby II Freedom, a former NYC carriage horse we rescued from the kill auction in 2010.

Bobby II Freedom - the NY Times report on his rescue

List of Accidents - outside of NYC.  (remember horses do not care where they are to spook)

Posted by Elizabeth Forel at 12:11 PM

A little progress in SLC,Ut on Jerry the horse. The last carriage company has gone out of business and the city council is formulating new rules which may rule out any others from starting up.

A great letter to the mayor and council. If only they will read it. If only all the great ppl of NYC will voice their opinions on this by calling and writing the mayor. The citizens wishes should matter. Have a big heart. Feel the anguish, the heat, the cold, starvation, hardly room to lay their bodies, that these horses have to endure, just for the greed of a few people. The owners and drivers are not sharing the wealth with your great city. Only a chosen few receive kickback. Please, Tourists, NYC is a great city with many fun events. Don't make these horses suffer for a few minutes entertainment. Please!

NYC is no place for horse drawn carriages... Ban this medieval trade...

Please everyone, I cannot say this enough~ CALL, tweet, email, go visit in person your NY city council rep for where you live! They are about to vote on banning the NY carriage industry and you have to tell them that you want this industry banned! The teamsters will be wining and dining the heck out of all of them and we have to show them the light and very politely tell them the truth and show them all the illegal things the carriage drivers do and also they must be aware of the fact that the driver of Blondie the horse is being tried for animal abuse! I have yet to see or hear any press about this! Please everyone, do you know who your area city council rep is? Take action!