NYC CARRIAGE HORSES - it is not what will happen to them if there is a ban. It is what is happening NOW! 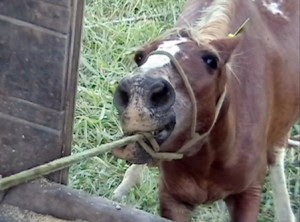 I have to admit that I am very tired of this question - what will happen to the horses if the carriage industry is banned? If you are new to the issue, I can understand the question. But if you are not, it means you are not reading the proposed legislation that has been out for almost four years – first Intro 658 and then Intro 86! This is important if you are to be fully educated about this issue.

HISTORY: In 2006, the Coalition to Ban Horse-Drawn Carriages began the campaign to put an end to this inhumane, unsafe and frivolous carriage trade in NYC. But one would think that we went into this without any thought to the horses, considering some of the questions we get. This is the only reason we are involved in this issue at all.

It was and remains our desire to save the horses. Period.

NEW DISPOSITION LANGUAGE: In 2007, we worked with former Council Member and present NYS Senator Tony Avella to introduce Intro 658. This bill was historic, the first ever bill to ban the carriage industry. The language to deal with “horse disposition” as it is referred to, was considered very carefully by the City Council’s attorneys because the horses are privately owned. The “A” section addressed horse disposition. For those of you who have never read this section of the bill, it is included below.

The purpose was to amend the existing Administrative Code. The text in brackets [ ] means it is removed. The italicized sections indicate new language. The intent of this amended section would require that the owners be held accountable for all the horses in their businesses and make sure they were either adopted into a good home or a sanctuary. They would not be allowed to be sold to work in another carriage trade.

The present law states that a horse must be disposed of in a ”humane manner,” which is meaningless because it never included an explanation. The law also does not require that sales or transfer records be submitted to the Department of Health if the transaction is made outside of New York City as most are. This means a horse can be taken to auction and the owner is not required to provide this information to the Department of Health. This is where many horses fall through the cracks. When one studies the existing carriage horse regulations, it is quite apparent that they were written to protect the industry -- not the horses -- and to secure the veil of secrecy. 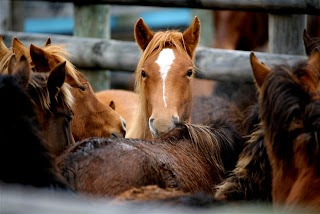 
VINTAGE CAR BILL: Intro 86, the vintage car bill, which was introduced in 2010, did not include anything about saving the horses. They would still continue to fall through the cracks on their way to auction in upstate New York and Pennsylvania. We asked the sponsor of the bill, Council Member Melissa Mark Viverito to add this same section to her bill, which she did.

But the City Council is never going to pass a bill without seeing a prototype of this “vintage replica electric hybrid car.” And because the sponsors of this bill know that and have been supposedly working on this “car” since 2008, we wonder why they have not produced a model car. Some Council Members brought this up over one year ago at the Council hearing of Intro 86.

And while all this inaction continues, the horses continue to disappear – approximately 1/3 - about 70 - disappear from the Department of Health rolls each year. Carriage horses have an average working life on the street of only four years. Because of the way the existing law is written, favoring the lack of transparency by the industry, they keep falling through the cracks on their way to the slaughter auctions. Sure some of them – the favorites – are saved and find good homes. But the majority probably do go to auction. There is simply no real proof because of the way the law is written. The industry can claim they adopt every one, but they are not required to show any proof.

SLAUGHTER STATISTICS: On their web site, the Equine Welfare Alliance (source is USDA) cites 112, 904 US horses slaughtered in 2010 – up from 106,542 in 2009. 53,104 went to Mexico and 59, 693 to Canada. Surely some of those horses were from the carriage trades all over the country. There are too many horses because people unconscionably still breed them. As with cats and dogs and the emphasis on spaying and neutering over the last 20 –30 plus years, we need to make the breeding of horses unacceptable until none are sent on to the slaughter auctions. Considering the price of horseflesh – approximately 60-80 cents a pound, a 1,000-pound horse can bring about $800; 2,000-pound horse (large draft breeds) can bring about $1,600. 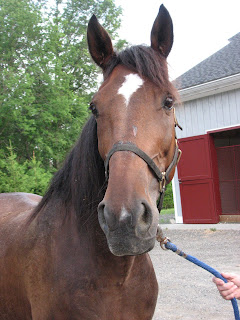 In 2010, the Coalition to Ban Horse-Drawn Carriages, along with Equine Advocates and Friends of Animals, rescued Bobby II Freedom from the slaughter auction at New Holland, Pennsylvania. Bobby, then called Billy, was a discarded NYC carriage horse who had been owned by two people from West Side Livery stable on W. 38th St. Bobby’s story is truly heart warming and he was recently immortalized by Peter Max in a beautiful painting that was auctioned off at the Armory’s art show in NYC. He is now living the Life of Reilly at Equine Advocates Sanctuary in upstate New York.

I cannot stress upon you enough that if you care about these horses, you must care about what happens to them now. Intro 86A addresses what will happen to them if the industry is banned.

But we want to take that section and make a stand alone bill and convince the Council to pass it now.

Recently, we put up a petition on Change.org that addresses this issue. The petition generates letters to the City Council asking them to pass a stand-alone bill that would address the issue of horse slaughter now. It would make the owners accountable for their horses.


If you have not done so yet - read and sign the petition on Change.org

Posted by Elizabeth Forel at 10:39 AM

Somehow word is not getting out there. Why no comments here? When I tried to sign petitions, it said they were closed. Who closed them and why? Only about 2500 signatures. Is this getting onto Facebook? I belong to Care2 and there are a lot of animal advocates there but have not seen this issue posted. I have forwarded onto people who post articles but perhaps if we had a new petition to sign (change.org is good) they certainly will circulate it. I do not want carriage horses in any city. It is archaic and cruel, and these horses do not have any relief throughout their days of pulling carriages reading how the carriage houses are too. It is merely exploitation without real concern for the poor horses. If you can send me one of your official articles with a petition and a list of people to contact and a deadline date if there is one, please write me at pechohja@gmail.com
Judith Pecho

Dear Judith - i hope you see this. I could not get through to you on the e-mail you listed. The message I received was that the e-mail did not exist. The petition expired on 3/31 but I extended it - so please try again. I will contact Change.org if it did not work. I would also like to send you our newsletter. This week we have good news. A council member has agreed to sponsor Bobby's Bill - to deal with just this issue. Please contact me at coalition@banhdc.org