A FLY ON THE WALL - reporting about NO JUSTICE FOR BLONDIE!

NO JUSTICE FOR BLONDIE!


On Wednesday, November 26th, in Manhattan’s Criminal Court, carriage driver Saverio Colarusso pleaded guilty to a reduced charge of disorderly conduct.  Originally charged with a violation of Section 353 of the Agriculture and Markets law – misdemeanor animal cruelty - it appeared that the DA’s office simply wanted to make the case go away.  Now Colarusso will not have a record.

This was our contribution to TheDodo.com.

Colarusso was charged with working his horse lame over four days in  December 2013.  If it were 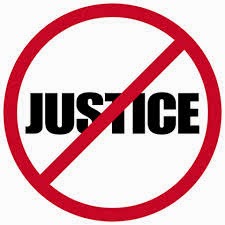 not for Officer Brian Koll who spotted the horse limping, Colarusso would have gotten away with this.  We often see similar situations but calling the NYPD generally does not result in any action.  Although they have been charged with enforcing animal cruelty laws and carriage horse regulations since the ASPCA gave up humane law enforcement  in January 2013, they do virtually nothing when it comes to the horses.  The Coalition has reached out to Mayor deBlasio and Commissioner Bratton but so far has been ignored on this issue.   Still waiting.

District Attorney Cyrus Vance’s office is bad to non existent when it comes to prosecuting animal cruelty cases. In 2013, the NY Post reported that the DA’s office dropped animal abuse charges against Daniel Padilla, who was seen viciously beating his dog.

By ignoring or diminishing charges of blatant cruelty, the justice system – in this case Vance’s office  - helps to perpetuate the cycle of violence, essentially giving tacit approval to animal abuse with a wink and a nod -- that if you hurt an animal, expect to either get the charges dropped or paint park benches.  Those who have been arrested for crimes against animals are much more likely to go on to commit violent crimes against humans.  The FBI is well aware of this.

The Coalition to Ban Horse-Drawn Carriages has been to most all of the Colarusso court hearings, each taking only a minute or two at most and  dragging on over months  We were there on Wednesday to hear this disappointing verdict. 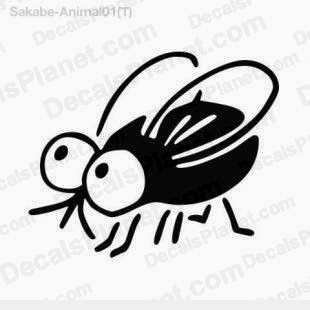 Freddy the Fly contacted us with his point of view.

This was a scene at one Hogan Place at one of the weekly case meetings -
Date: approximately summer 2014

DISTRICT ATTORNEY (top guy): [loud booming voice] S why the hell is this damn case dragging on so long? it is almost a year since the defendant was charged. Make a damn deal and get them to take it for god's sake. It's clogging up our case load.

LOWLY ASST. DA: [nervous voice] Cyrus, I have tried - the lawyer won't accept a deal. They are stringing it out and playing hard ball. They continue to refuse - what can I tell you - I can't twist their arm.

DISTRICT ATTORNEY: [louder booming voice] S - god damn it - you either get them to take that deal by reducing the charge, or you will be transferred to the Bronx or Staten Island. Got it? It was only a damn horse. Get real, S. No one cares about the horse except those zombie wackos who come to court and stare at the judge. The way everyone is acting, you would think this poor slob hurt a person.

Tell the public the horse is doing well now - that it was only a fluke. Lie. Get in front of the press, S, old boy. Handle them. And keep the defendant away from those crazy animal rights activists. They come to court every damn hearing. They follow the defendant when he leaves the court room. They hold up "animal abuser" signs. Give the defendant a safe place to stay - get the judge to help. We need to see how we can prevent them from coming. Maybe stop them at check in. Or screw up the room location or dates. Can't stand those crazies. Animals don't vote. Remember that. I didn't get into office because some damn horse or dog pulled the lever in the voting booth.

One Hogan Place - via phone - November 26, 2014
LOWLY ASST. DA: Cy, Cy - I did it, I did it. The lawyer accepted a deal. Can I stay now? Got anymore of those animal cases for me? I will immediately offer a plea bargain - no matter what. I hope you still like me.

FLY ON THE WALL: hmmm - seems to me the case was handled badly but no surprise. The DA's office should have stuck to its guns and went with the original charge and taken it to trial. They had a good solid witness - a NYC police officer. But that Vance guy is known for watering down animal cruelty charges. If they wanted to, they could have made a real case of this - charged the horse owner and stable manager; questioned the veracity of the Department of Heath vet who played down the horse's condition -- see if she had any conflicts of interest; played up the report from the original Florida vet who had to outfit Blondie with a special boot; given more credence to the defendant's past record.

Even if they lost the case at trial, it would have sent a message that they take animal cruelty seriously. But now -- they just consider it "disorderly conduct."

Hey I better shut up before i get swatted. OK - off to my next job. Bzzzzzzzzzzzzzz

In the interest of truth, Freddie the Fly on the Wall is a made up figment of our imagination.

Posted by Elizabeth Forel at 1:39 PM