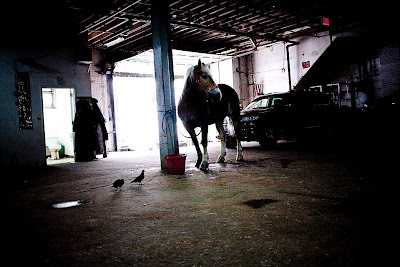 Let the horses retire! This is the time to send them to a sunny, pasture where they can live out their lives in peace. Come on New Yorkers, give them the rest they deserve to run in the grass and breath the fresh air! Give them a life. They have been in jail for many years. Shamrock should be closed. Let ASPCA and the Humane Society save them.

ASPCA is useless. The only thing that will work is total abolition of animals as property